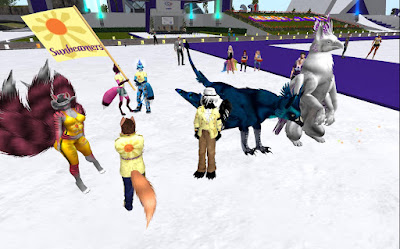 This past weekend was the Relay Walk, often called just the Relay Weekend. On Saturday June 11, many of us gathered at the American Cancer Society2 sim to listen to the Opening Ceremonies. 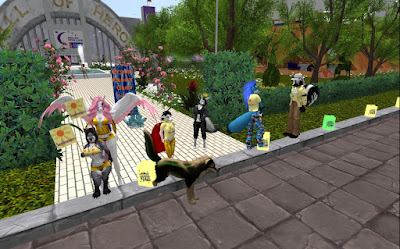 Following that, the teams would go to their camps to cheer on the survivors and caregivers at their lap. 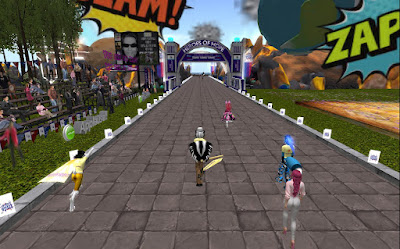 And it was soon time for the team lap. 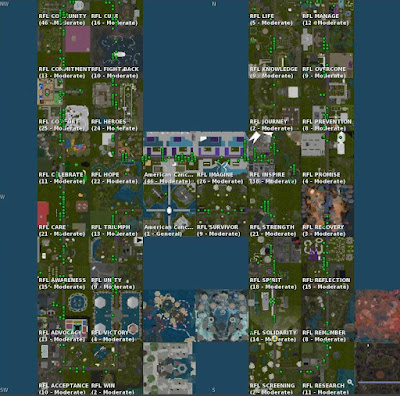 The various sims were packed with traffic. 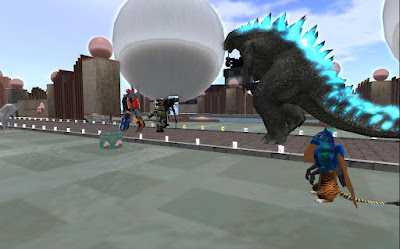 There were avatars of all kinds, from these mecha and huuuuuge Godzilla avie. 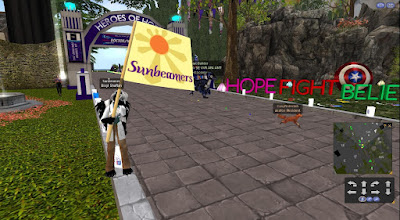 To smaller avatars, such as tinies and smaller ferals. 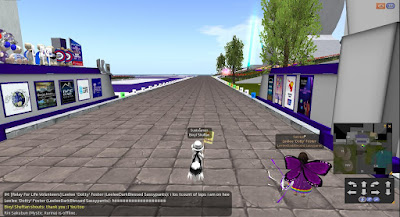 And a couple times, I was the tiny, with the themed laps. 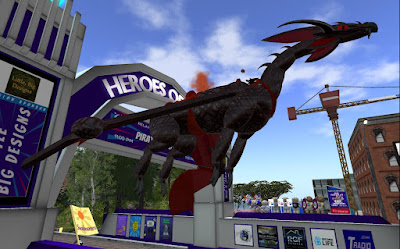 And there be dragons around. 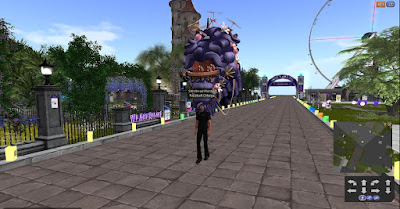 Fuzzball Ortega was out with "The Hair." 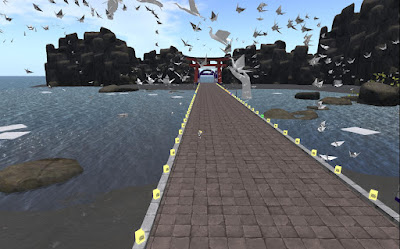 There were some well-designed builds, such as this designer sim by Fiona Fei. 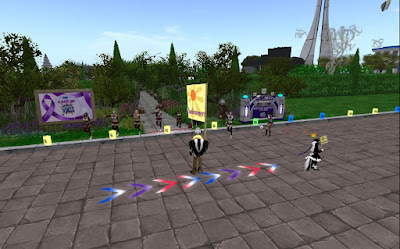 There were plently cheering on those going down the track. 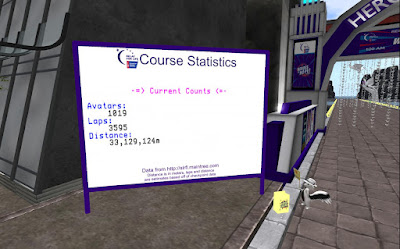 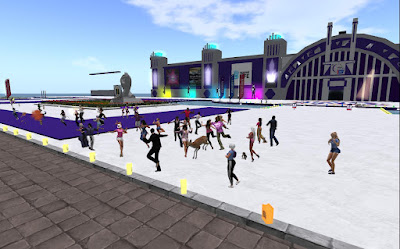 Eventually the Walk was officially over, but people didn't want the fun to end and partied for hours.

Stay tuned for more pictures, once we've had some more time to rest.