AND IT’S OFF TO THE RACES - ROYAL ASCOT STYLE: JOSH (THOMAS1 BELLIC), REPORTING 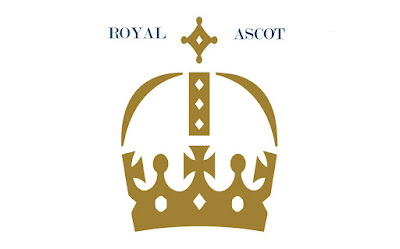 The other day I was bouncing around the Grid, making sure it was in good working order and checking out some of my favorite haunts, when I got a note from my editor to check out “Royal Ascot”.  With No idea what to expect – Disco Club? Book Club? Wrestling Match?  I decided to hop on over.  I learned it was none of these.  While there I met the delightful Liz Wilner, the champion behind the Royal Ascot Build, and she graciously deigned to help me understand the Mission and vision of the RA Build, and I gotta tell you…it sounds like fun!

Liz Wilner (LW): Royal Ascot is an annual horse racing event that takes place in June in England not far from Windsor Castle.  We try to stay true to as many elements of RL Ascot as we can, but we stage it in a more Victorian/Edwardian ambiance.  You will see ladies in their fancy hats, men in proper morning suits and top hats, a Royal Carriage ride that opens the event, the horse races themselves and a party to end the day.  There is a whole week of activities at the site including shops on the heath, entertainment, and the day before Royal Ascot Day, we have The Count’s Cup Races.  After all the racing, parties and fancy dress events are finished, we have an auction at the site where people can bid on the custom horses made for all the races. 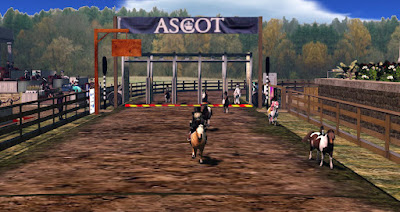 JB:     What is your connection with Rosehaven?

LW:  Co-founder Oriella Charik and I have lived in the Realm of Rosehaven for fourteen years.  For the past several years, Rosehaven has generously hosted Ascot, specifically in the region known as Borderlands, owned by Ceejay Tigerpaw.  Rosehaven is a gorgeous estate and fits perfectly with the entire feel of Ascot.  We have been so blessed to have the support of Realm of Rosehaven owner Princess Selena Anansi and all the Denizens here for this event.  Many visitors to the yearly Ascot explore around Rosehaven … and then decide to stay!

LW:  Aether Chrononauts/Tiny Steps is one of many teams for SL Relay for Life, we are people from the Steamlands together with the Tinies of Raglanshire.

JB:     Do you have a fundraising goal for this year?

LW:  The mission of the American Cancer Society (ACS) and Relay for Life in SL (RFL in SL) is to raise money to help in the fight against cancer, research for a cure and give support to those afflicted.  We have no specific goal; we just try to exceed what we raised last year (almost two million lindens in 2021) and provide a fun way for people to get behind the cause. 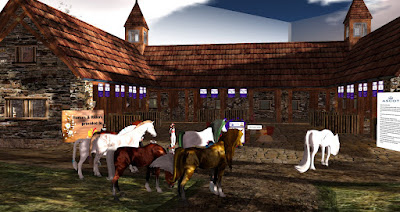 JB:     What sorts of incentives do you provide for people to donate?

LW:  We have several fun things for people to interact with Ascot.  You can donate to get the honor of naming one or more of the horses at the Royal Stables; or you can also donate to get your favorite horse in one or more of the lineups for the races.  Additionally, throughout the race days, you can enter raffles to win prizes and gift cards donated by shops from all over SL.  There are also opportunities to become a VIP Sponsor for Ascot, purchase a Royal Box ticket (very coveted seating), or, this year, enter a raffle to ride in the Royal Carriage to open Royal Ascot Day.

JB:    Horseraces, Horse Auctions, merchants, vendors of every kind?  I hear you even have a Wrestling Match scheduled? How is that working out for ya?

LW:  So much fun! To see it all come together with so many generous and creative people…it’s amazing.  We will have Premier Wrestling of SL put on some matches on the heath this year.  They are excited to do “old-school” bouts, complete with late Victorian uniforms and an old-style ring – and we are looking forward to watching! 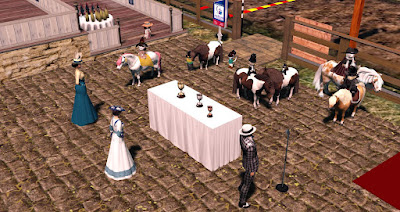 JB:    This looks like quite an operation you have here.  Did you do this all yourself, or did you have help?

LW:  We have a great team of people to get this all up and running.  As I mentioned, Lady Oriella Charik and I founded the Ascot event for Team ACTS nine years ago.  Oyo Breedables creates all the custom horses, with our Royal Horse Master, Dirk Danger, heading up anything involving the horses, races, auction, and all the fun ways to donate at the stables.  Pazako Karu created the system for the naming and lineup activities.  Bain Finch has been expertly filming Ascot for the past few years.  Gerrard Winstanley is our superb Emcee for Royal Ascot.  Count Harlow Bloodrose and Arcadian Vanalten host The Count’s Cup Races.  Wildstar Beaumont, also C0-Captain of Team ACTS, photographs everything.  And I cannot say enough about the overall support we get from the RFL Committee and Community…Stingray, MamaP, Gem, Elayne, Cassie and Oldesoul Eldemar…all of the wonderful merchants and sponsors….too many to name.

JB:    I understand you have several events coming up in support of Royal Ascot?  What types of events, and when?

LW:  Yes.  Royal Ascot Season, as we call it, begins June 1 with an exhibit on some facet one might find at such an event.  This year, we will be honoring HM Queen Elizabeth II’s Platinum Jubilee with an exhibit about Royal Jewels.  The exhibit will run through June 30.  June 13th, we begin Ascot Shops Week.  Merchants and vendors from all over SL sell their wares at stalls on the center heath of the racetrack site.  We typically ask that the wares represent things from the time period of 1700- 1910’s, but there are always some surprising items here and there.  During the Shops Week, we have various DJ’s and other entertainment offerings as well. June 17th is The Count’s Cup Race Day; June 18th is Royal Ascot Day; and finally, June 19th is the auction of the horses. JB:    I understand you have a Dress Code here?  Does it apply everywhere on the build?

LW:  There is a dress code for the Grandstands, but everyday dress is fine for those who wish to come to the races and view from the General Seating areas or on the center heath.  Come shop and enjoy the entertainment…just be clothed!

JB:    Where can people go to find out more about Ascot and some of the events you have planned?

LW:  We advertise via the ACS/RFLSL calendar and website, inworld groups, Discord, various news and events outlets inworld, and of course…SL Enquirer!

LW:  Just that it is a privilege to make Royal Ascot SL happen every year and work with the amazing people who help put it all together.  I am honored to be Co-Captain of Team ACTS…a fantastic team known for its unique events such as the Time Travelers Ball, Antiquity Fair Week, Privateer’s Ball, ROMA Spring Festival and Tinies Ball to name a few the team holds throughout the RFL season.

So, there you have it folks.  Guaranteed to be a rip-roaring time…even if that time is the late 1800s.  Grab your top hat or parasol and come one down.  Or, if you prefer, come as you are and snag a seat in the general viewing area for the races. Check out the special events and activities, everyone is welcome!  You’ll be glad you did. 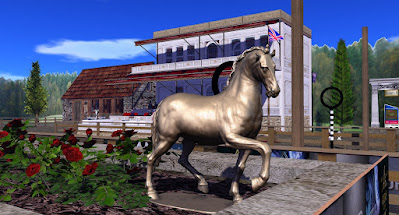 Inworld Groups for notices and updates:

Discord Channels for notices and updates: