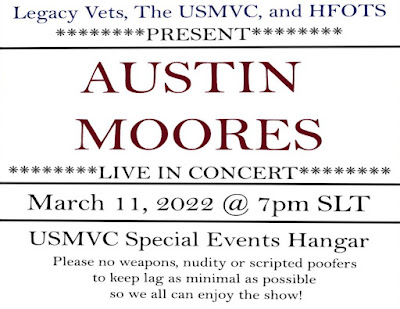 Austin Moores was raised in music from an early age and has performed in bands and orchestras. He has played multiple instruments, but mostly now a vocalist. Austin sings crooning, country, and pop in SL and Opensim. In addition, he does live Neil Diamond, Kenny Rogers, and Joe Cocker Tributes.