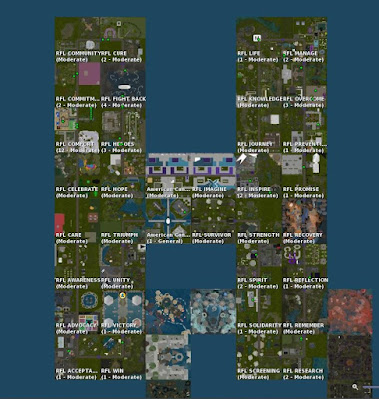 After several months, the high point of the Relay season is finally here: the Relay Weekend. With 36 sims, including the permanent American Cancer Society, there's miles of track to walk around, and many exhibits and campsites to see. 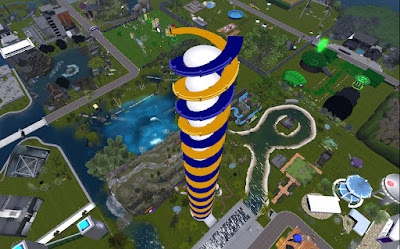 A number of camps caught my attention. At the RFL Hope sim was the Second Life Cheerleading Squad camp, and their tower, or "The Helix of Hope" as it's called. By clicking on a white sign at the base, people can add a small part to it. And all those parts added up. It stands almost 200 meters in height, close to as tall as the sim is wide. 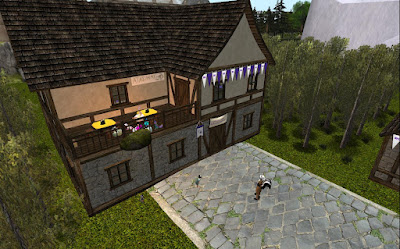 In RFL Comfort, there was the camp of "Ata's Army." This Gold level team got my attention as they were gathered at their campsite, a team of kids, cubs, tinies, and ferals, "A group dedicated to protecting Wolf Mountain Academy and its students!  Chosen by Ata and her commanders to gather information, and attempt to help fight the creatures that go bump in the night." Sadly their leader Ata Howler (AtaZahra Resident) is no longer among them. One of the group told me her battle with cancer came to a sad end a few weeks ago. 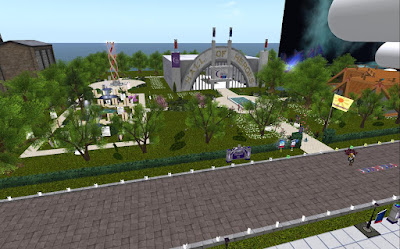 And in RFL Prevention is the campsite of the Sunbeamers. Some things are new this year, such as the "Hall of Heroes." But some things are a part of every campsite, such as the Memorial Garden. Most of the work was done by Cynthia Farshore and Shockwave Yareach, but others contributed as well.

The Opening Ceremonies start at 10 AM SLtime.