With the Relay Weekend approaching, Team Sunbeamers has been continuing to raise Lindens. Among the last fundraisers were several "Bid Me" events. Saturday June 4 was the final day for them. And at 8PM, the results were tallied. Four were at Club Cutlass. 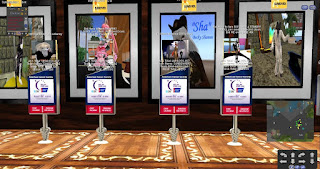 Liska would later point out one small error, that the correct date for hers and Bixyl's events was Saturday June 2. 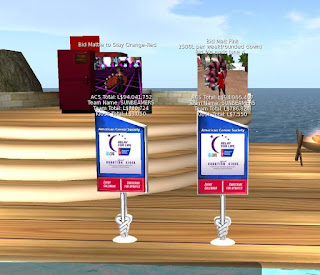 There would be one more "Bid Me" to announce. There was one at the Happy Vixen, Mattie Carlton's "Bid Mattie Pink." 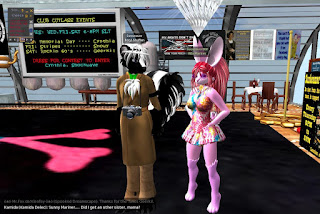 Rita would comment she detests wearing pink, but these being the Relay was willing to grin and bear it for a good cause. So it looks like for now,  the 'beamers' leader will have to deal with a "bubblegum crisis."

The Relay Weekend is this upcoming weekend, from Saturday June 11 to Sunday June 12.