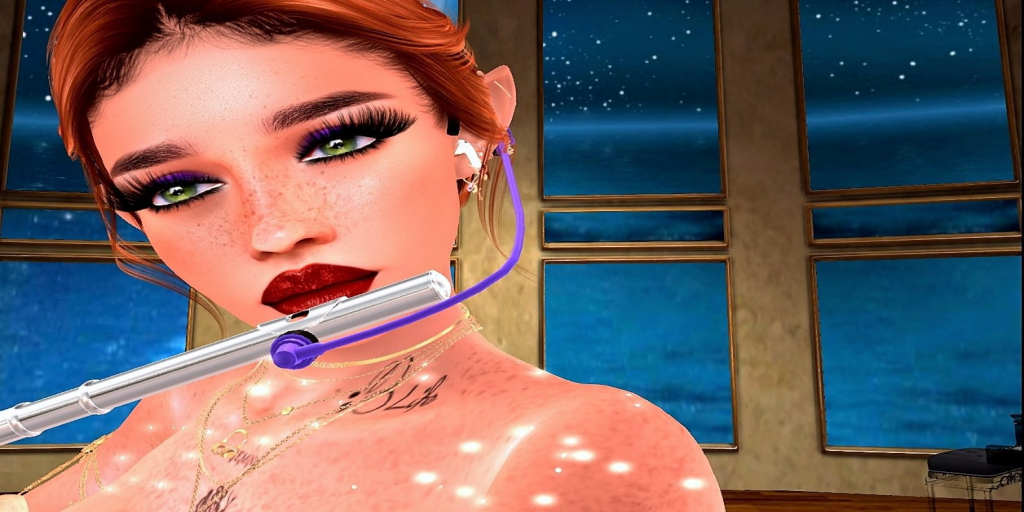 Always Unique, Totally Intelligent, and Sometimes Mysterious Mae is an autistic live performer with a passion for playing her flute. She has been performing as a flutist for over 20 years along with 8 years of experience in a marching band and two years of private lessons. Mae started with music when she was very young with her first instrument being her voice at around 18 months but an official instrument around the age of 3. Mae lost many people in her life and went into a severe depression.  music was her family's last resort in helping her through those hard times. At age 11, Mae was enrolled in a band and her talent took off like lightning she ended up being the first person to have two stars for flute tryouts, the first person to put her flute together, and the first person to learn all 12 scales and the minor scales. To this day, Mae has learned over 13 instruments and absolutely loves them all. In Second Life, not only does she perform but she is also involved in many charities. The SL Enquirer met up with Mae to learn more about her and what she does. 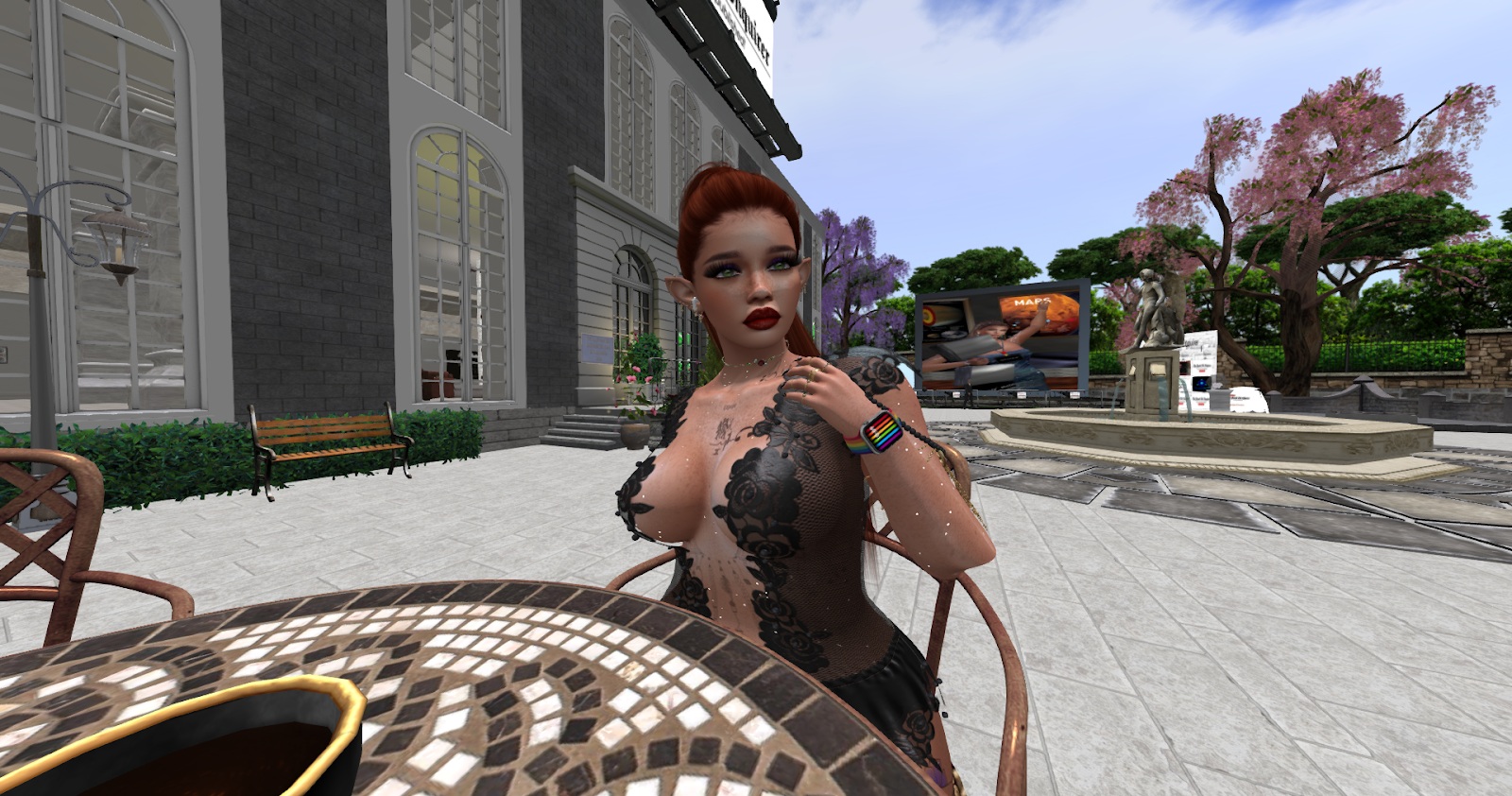 SLE: Hi Mae, it is a pleasure to meet you. Congratulations on winning the raffle at Freedom Rock’s Wild Wild West Event! Where are you from and how did you discover Second Life?

Mae: Hi Lanai, it's a pleasure to meet you as well. I am from South Georgia in the United States. I was actually in college when I found Second Life back in 2009 originally. I was honestly surfing the internet looking for something to do with my free time and found Second Life. I immediately fell in love and I have logged in every day since 2009.

SLE: A lot of people found Second life, like that, we are sure glad you did. So tell us it is rare to meet a flutist these days. Can you give our readers a little background about you, your music background, and your experience?

Mae: I suppose it is a rare thing here in Second Life, far as I know I am probably the only one in Second Life who does live flute music. I have been playing flute for now twenty years and it honestly was a good thing that my parents put me in the band to learn to play because I had a very rough childhood, so music was something that saved me from self-destruction. However, I have been singing since I was a baby around eighteen months to my lullaby, if I wasn't asleep I would start humming it, so they knew music would play a big role in my life and they didn't realize how much it would until later. With flute, we had to try out at school and no stars meant a different instrument, one star meant you were okay but possibly another instrument would be better, and two stars meant you were perfect for the instrument and my tryout was two stars, so I was told to buy a flute. I was the first person to put my flute together, take my plugs out, and learn all twelve scales and all minor scales. I was labeled as a prodigy essentially. My first flute was a student flute which I played through high school, my current flute is a professional-level jazz flute that I got in college and played through college which is also the flute I play here in Second Life. SLE: Glad that playing music was helpful to you as a child and further helped you develop into the talented person you are. Also, didn’t know there were different kinds of flutes, but I guess it makes sense now. How would you describe your range and style of music?

Mae: I honestly don't know. I would probably have to say eclectic. I love to play with things that speak to me. My song list ranges from classical to jazz to oldies, to today's hits. So, honestly, I'm very versatile with my music.

SLE: Well your love for music is all over the place. That is great showing love for many different genres, it gives you the openness to play many different songs. For many people, music is more than entertainment. It speaks to our souls differently. It is not only something to do for fun but it is also a therapy. It can trigger memories, evoke emotions and help us through difficult times in our lives. How has music impacted your life?

Mae: When I was first growing up, I had many life events happen. There were a few big ones that had sent me into a spiral. One of them was my grandpa dying in front of my eyes because of a massive heart attack at the tender age of six. He was not the only death we had that year. We had five others which were all two weeks apart. I went into a severe depression, I was voided from life. I didn't respond to people around me, I wouldn't talk to anyone except my teacher in school, my mom, and my speech therapist. As time progressed, I still stayed quiet and more things happened to me. I was being bullied in school because I was "different", we hadn't known of my autism at this time. I was out of control by the time I got introduced to the band in sixth grade which did a three-sixty on my life. 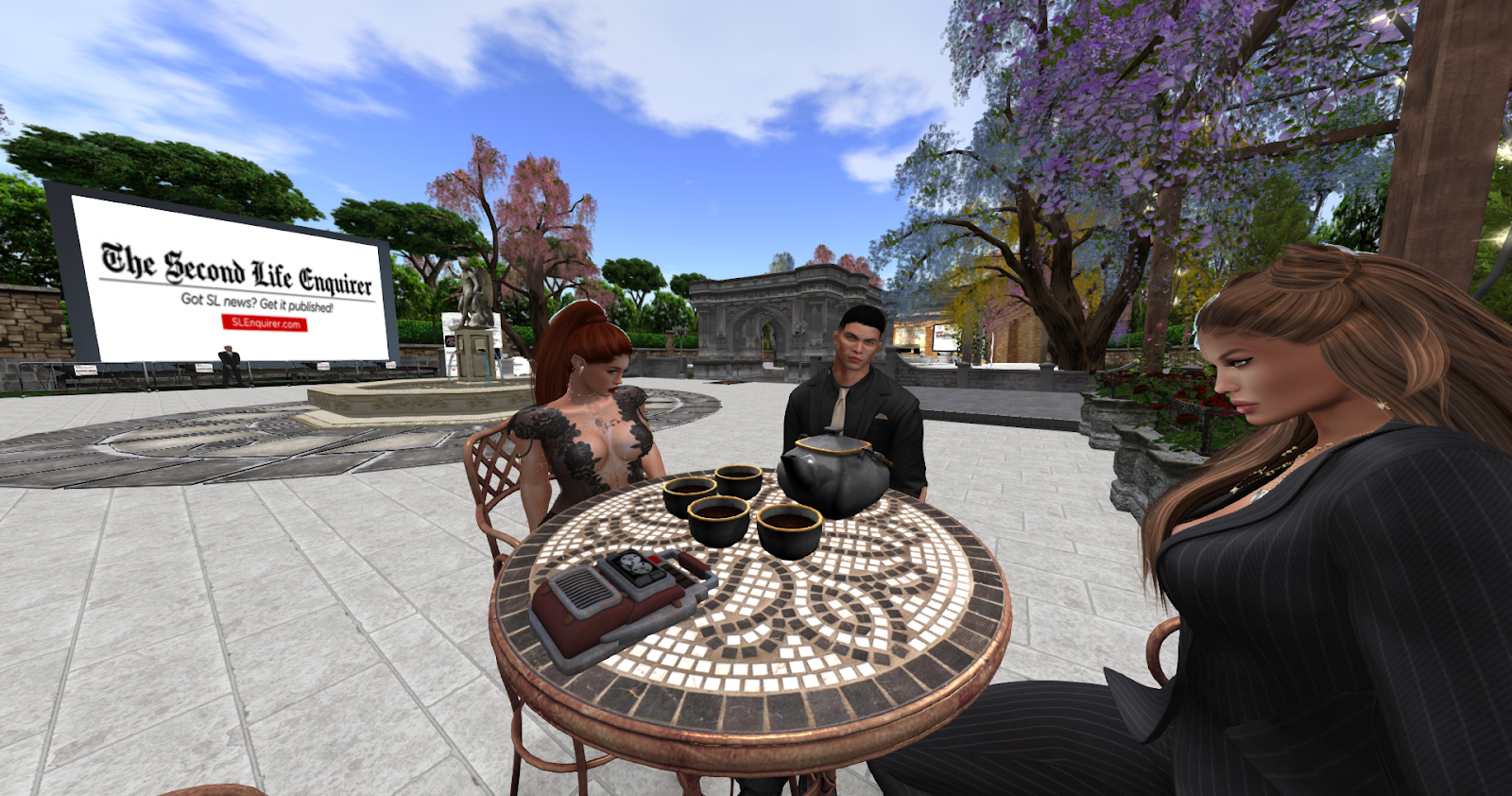 SLE: So sorry for your loss especially multiple ones like that. But it is always nice to see a silver lining from a tragedy like that, you found your place in the music life that you were meant to be in. So tell our readers, we found out that you are not only are you an SL performer but you are very involved in charities, can share your accolades with our readers about some of the charities you are involved in?

Mae: My biggest charity that I have been involved in is Relay for Life, which I have been with them since 2009. I have been on tech support, castle builder, top DJ competition, and captain of my own team. Currently, I still serve as the Survivor and Caregiver Honor Lap Coordinator since 2019, working with Camping for a Cure, for now, two years, I am their Host Manager, Cooking for a Cure featuring DFS, and a blogger for them. I am also the blogger manager for Out Shop Cancer which falls in October. I've also done Christmas Expo as a designer. Besides Relay, I have done Pride Festival as a blogger, One Billion Rising as a shirt creator for this past year, Toys for Tots as a creator, Rare Disease Day as a supporter, Homes for Our Troops as a supporter, and recently, Feed a Smile where I raised 40 meals while playing my flute.

SLE: Well you do have a few hidden talents, from music, to building, to designing. That is great to know that you are able to help in so many ways. Being a flutist do you find that you have a certain kind of fan base or do you find that by introducing yourself to the SL residents you are gaining more because your instrument is not the “norm” played in SL? 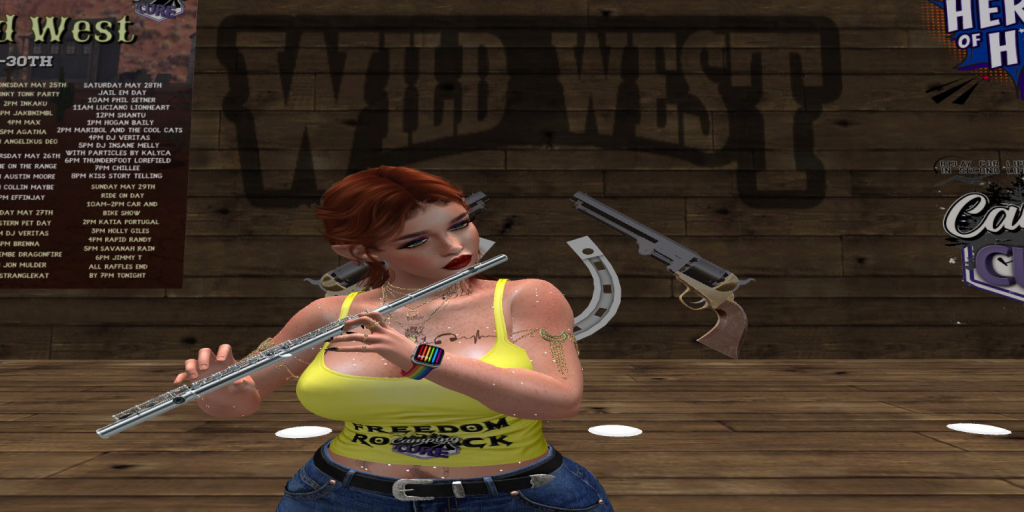 Mae: Honestly, I've just started recently sharing my talent the past month with Second Life. I honestly have found that there are many people who are interested because my instrument is not normal but also it does appeal to certain fan bases as well.

SLE: Well I am glad we met so early in your career here in Second Life, hopefully, this interview will bring more eyes and ears to your talents. Aside from the flute what other instruments do you like to use while performing in Second Life?

Mae: Currently, I only perform with the flute but I also have my glass flute, Chinese flute, pan flute, and recorder that I can use but I haven't introduced those quite yet. However, I am trying to build up enough courage to sing. 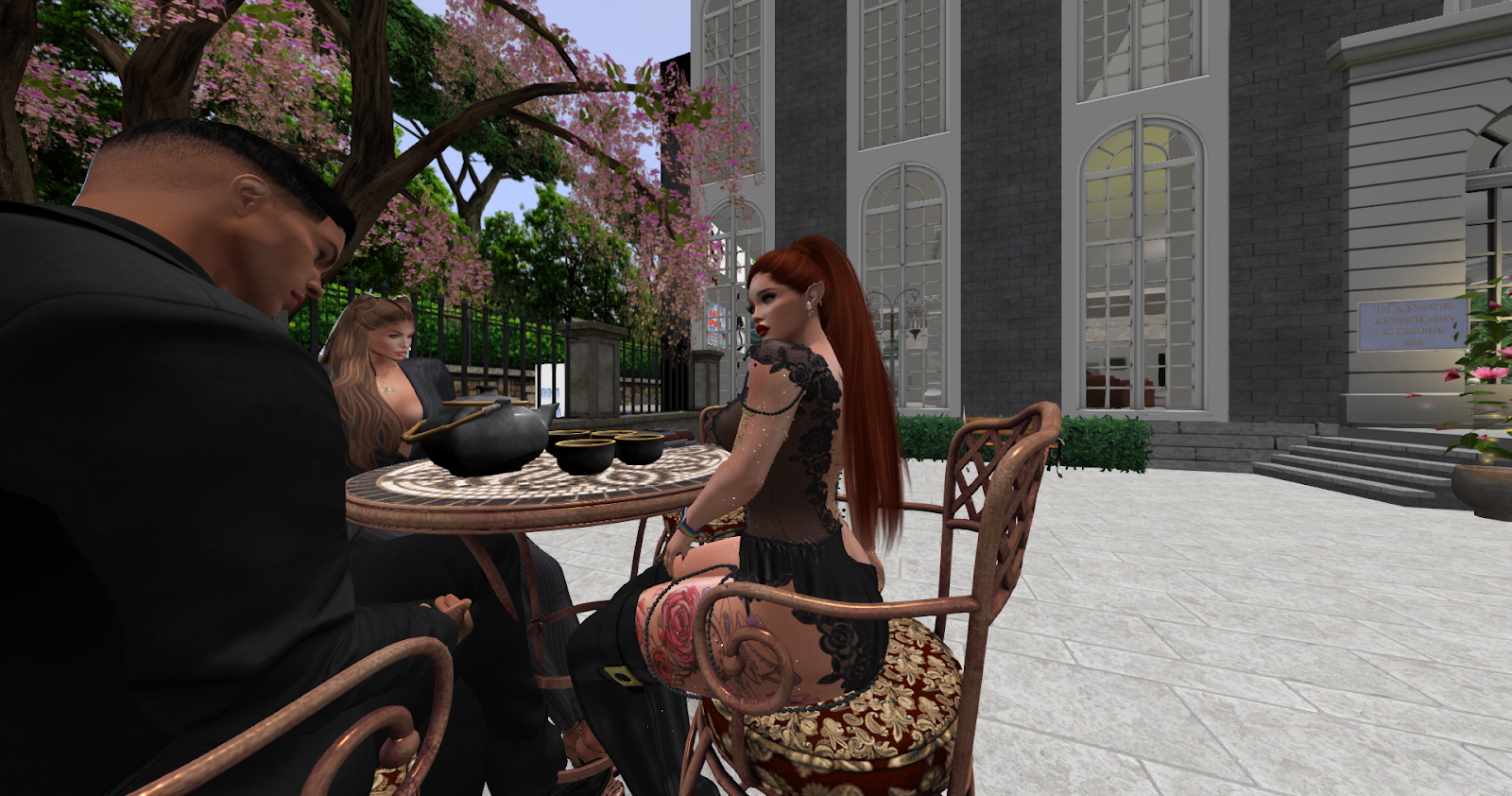 SLE:  You mentioned you have autism, often time it can be hard to make connections with others due to difficulties in communication, How has performing in Second Life helped you? Explaining Autism from your perspective will be very insightful for our readers and allow them to see this disorder through your eyes.

Mae: Explaining this to someone who doesn't understand Autism is quite challenging because if you meet one person with Autism, you've only met one person because the spectrum is so wide-ranged. A good way to explain this is a friend with positive and negative benefits. The negative is having anxiety about approaching a venue owner to play at their venue or just talking to someone about managing me because of my lack of understanding of the fact I take so long to process things or I don't correct someone just because they said something to me that was wrong because I fear of the lash back or being anxious about being accepted. The positive is I get to do what I enjoy, I get to meet new people which I yearn to do even as an Autistic person, and I get to share with others that Autism doesn't limit people on what they can and can't do.

SLE: Thank you for helping me and many others to understand just a little bit about how Autism affects you and others. Second Life does a lot of charities for many different reasons. Autism for one, have you included yourself in any of the charity events, or is that something you keep personal?

Mae: Far as an Autism charity, I have not found one that I would like to participate, in yet. I don't quite know which ones are still on the grid for them but far as Relay, I'm heavily involved in them. Also, Feed a Smile, One Billion Rise, Out Shop Cancer, Making Strides Against Breast Cancer (Strides), the Christmas Expo, and Toys for Tots.

SLE: So nice to hear your involvement in charities, it does say a lot for you as a person. Do you have a calendar listing your performances? If so, what is the link?

Mae: Yes! This is the link: Live Performances (google.com)

SLE: How can venues book you?

Mae: I'm currently looking for a management, however, that is a very slow process for me. So, currently, they can contact me directly, AveryMae Amore, OR my sister, Yvanna Schuster. 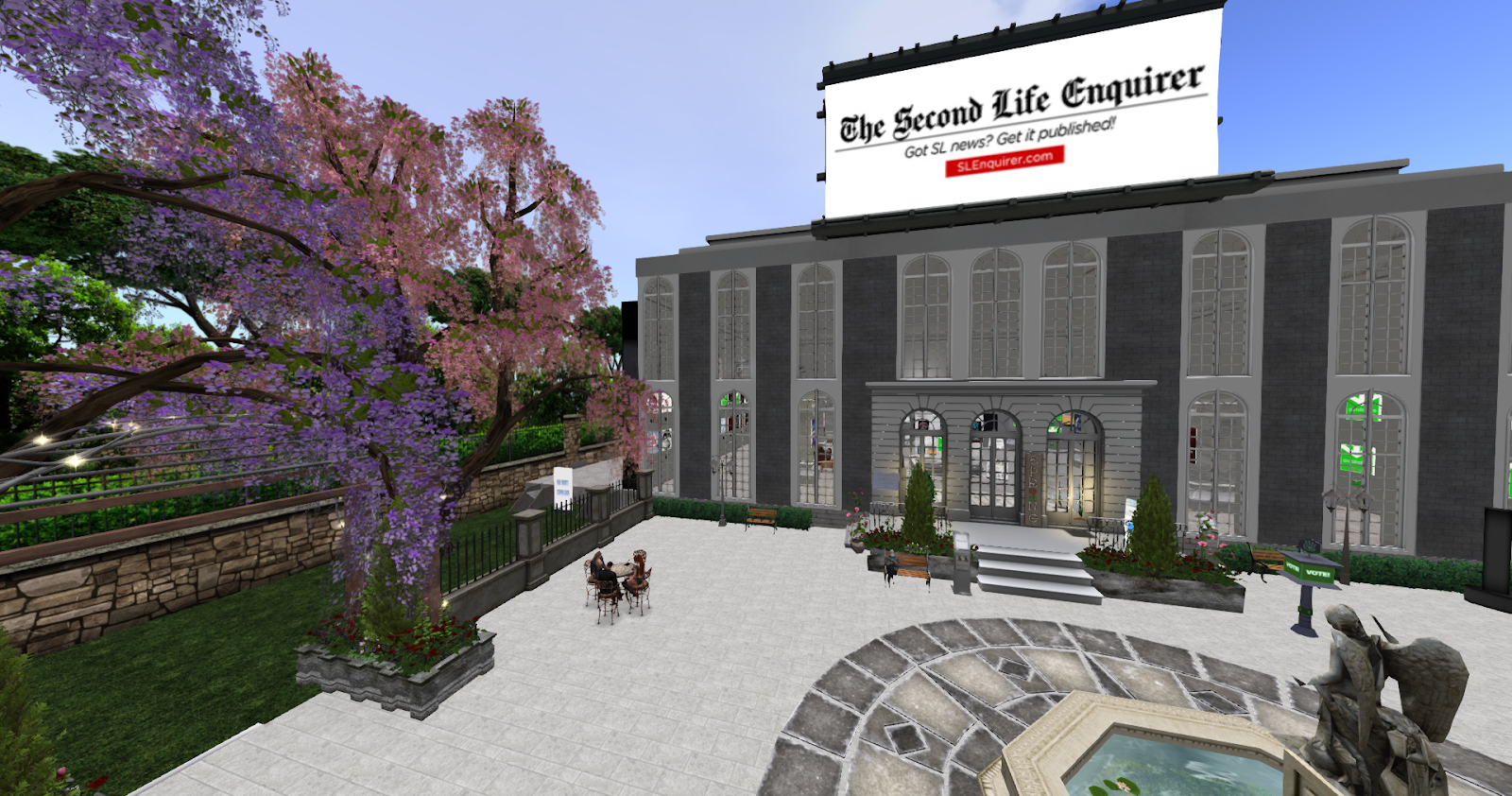 SLE: Thank you for sharing your story, and talent with us as well as your charitable service in the Second Life community.  Is there anything else you would like to share with our readers?

Mae: Thank you so much for this opportunity. I am excited to hear people's feedback on my story and what I have done here in Second Life.