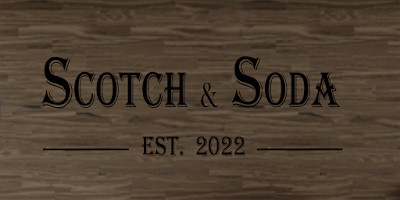 NFTs are non-fungible tokens and are non-interchangeable units of data stored on a blockchain that can be sold and traded. In early 2021, interest in NFTs skyrocketed after a number of high-profile sales auctions netted digital artists hundreds of thousands of dollars. The highest amount paid for an NFT was The Merge bought by 28,983 collectors for a total of almost $100 million!  It was only a matter of time before residents of Second Life would showcase NFT art.

Scotch and Soda Gallery is an Experiential NFT project that showcases established and emerging NFT artists in a mixed reality setting. Scotch and Soda is the culmination of two people's drive and passion for something more than hanging art as a display. Art is to be experienced. Second life is arguably one of the first metaverses of its kind and it was fitting for Scotch and Soda to open its first virtual reality 3D experiential gallery in that world. The gallery currently has three experiential installations open featuring Dark Pinkup, StarCards, and Ultra Rare.

SLE: HI Scotch, you are the first Second Life resident who approached us with an in-world NFT art gallery! Can you tell our readers about Scotch & Soda NFT Gallery and what types of artwork you currently have showcased?

Scotch: We feature a multitude of art stylings most notable are the artists that I have been working with for a few years now such as Starcards, Ultrarare, Exit Limbo and the newly added Dark Pinup. We also intend to host upcoming artists, to the digital space, that don’t have a lot of exposure but deserve it. 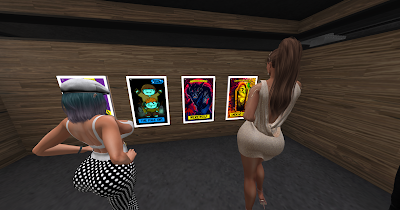 SLE: Is your gallery open to any digital artist to showcase their work? If so how can they get involved?

Scotch: Anyone that has an interest in having their art shown is welcome to reach out and start that conversation with us. We are an NFT experiential gallery, so we like to highlight digital art on the blockchain. 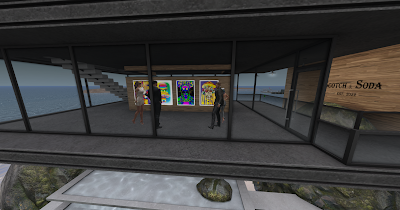 SLE: Is the NFT artwork currently on display available for sale?

Scotch: Yes it is for sale however we do not yet have an in-game marketplace that would allow us to sell art in Linden but that is in the works.

SLE: Since NFTs are non-fungible tokens, how can you ensure NFT protection so that they cannot be duplicated or copied by anyone in Second Life using a simple snippet tool or screenshots?

Scotch: The nature of Non-Fungible Tokens (NFTs) is that they are, in fact, not a screenshot or a snippet. NFTs are a digital asset. NFTs can be multimedia with moving parts and music. They can also have utility in gaming and other platforms. Imagine playing a card game on your PC, but owning all the cards. Because of this, you would be able to take them to whatever platform you wanted and trade them for better cards, just like you would a physical deck, you might buy in your local comic book store.

The artists are paid for their work, not only the first time it sells but also as an ongoing percentage of every resale of that NFT. If set up correctly the artist will always get a royalty paid to them. This is a way to support artists that may never be given an opportunity to have their work shown let alone profit from it. Sure, anyone can take a screenshot or copy and save most anything they see on a computer screen but it’s always going to be just that. A copy, a fake. It's incredibly easy to verify if an NFT is a copy, far easier than detecting counterfeit physical goods. The fake NFT copies have no value. When you copy you are not showing support for the artist. Scotch and Soda value art. So should everyone. SLE: Your gallery currently showcases several pieces that are very reminiscent of Garbage Pail kid cards and colorful hippie art.  Who are the artists?

Scotch: Interesting that you said that. One of the artists came over from the Garbage Pail kids NFT project so definitely some of the influence in those great pieces from Ultra Rare. The psychedelic-style NFTs are from the team over at Starcards. 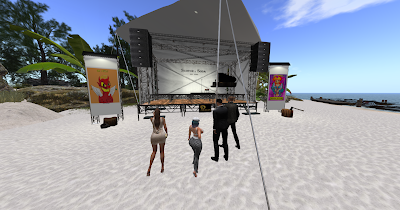 SLE: I noticed there was a stage on your property. What type of events do you host?

Scotch: Soda and I are big fans of live music. We will be hosting everything from Acoustic to Zydeco (had to). But wait that’s not all we also utilize the stage for other events such as Queens of Burlesque, seasonally themed performances, and the best of them all, Puppy adoptions!

SLE: Are you currently hiring? If so, what positions are available?

Scotch: We are always looking for designers, photographers, builders, stylists, and fashion designers. We generally work on a per-project basis but as we grow that could change. 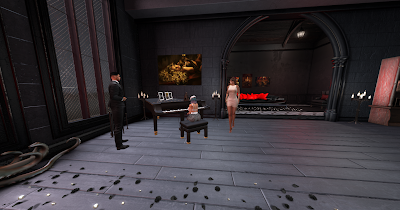 SLE: Can you tell our readers why you decided to open Scotch & Soda? Was it to help promote fellow artists or just a love for art and to introduce NFTs to the second life community?

Scotch: Scotch and Soda Gallery is a collaborative effort between me and Soda. We opened the galley out of common interests. A passion for great art and killer music. (metal devil horns in the air) Soda and I had worked together on projects that always had a middle man or some outside interference that kept us from the potential that we could see in one another. We support and encourage each other to excel without envy. We wanted to bring that good energy to a metaverse that checked all the boxes for us. The mother of all metaverses. Second life.  We wanted to be the first to introduce the work of NFT artists that we have been following, and working with, in a way no one had done before.

Scotch: Scotch and Soda Gallery is an experiential NFT project that showcases established and emerging NFT artists in a mixed reality setting. The art is shown, not on drab walls, but within a 3D environment. We invite you to come and experience it for yourself.  As always, if you like what we do, tell people about us.